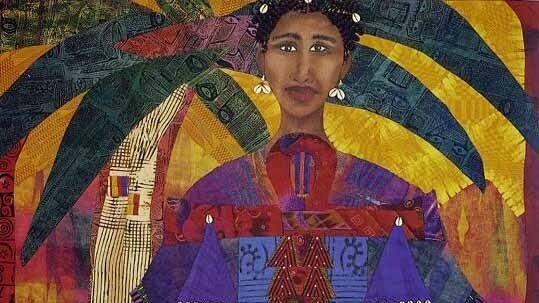 Yet God is my King of old,
Who works deeds of deliverance
in the midst of the earth.
Ps 74:12 (NASB)

In the dread wake of Covid-19 and all kinds of struggles, it is reassuring to know God is still Our Deliverer.

When “the Israelites cried out to the Lord for help” (Jdg 4:3), God answers by raising up Deborah.  Before the days of the monarchy, she is the sole female judge, which meant she held sweeping executive, legislative and judicial power.  Her military prowess is unequalled, as even Barak, who commanded the Israelite army, deferred to her to defeat the enemy and their 900 iron chariots (Jdg 4:3).  As a prophet, she is also the spiritual leader of Israel, who speaks on behalf of God.  She commands Barak to fight, agrees to accompany him into war, encourages his faith, and foretells that a woman would receive the honor for the victory (Jdg 4:6-14).  Indeed, the battle ends with Jael hammering a tent peg into the head of Sisera, the Canaanite general.

God works in foils in this account: with Jael, a housewife-turned-avenger; Barak, a coward- turned-man-of-faith, and Deborah, a woman-turned-judge.  The most powerful woman in the land, she didn’t abandon Barak, but includes him in singing the hymn of victory (Jdg 5) — a great lesson for those of us who serve as mentors.  Then Deborah and Barak, together, shined the spotlight on Jael and her part in rescuing Israel from her captors.  Finally, by not naming any one person as a deliverer, the omission begs the question:  Who delivered Israel? The Lord! The team work of Deborah-Barak-Jael reveals the Hand who orchestrated the roles each person of this triumvirate plays and the ambush of the enemy. It is God from start to finish.

“Whenever the Lord raised up judges for them, the Lord was with the judge, and he delivered them from the hand of their enemies all the days of the judge….”

·      What fiery darts of the enemy has God delivered you from recently?

·      How does it feel to know that when we cry out to the Lord, God not only saves individuals but nations that have gone astray?

·      Is God calling you into any joint ventures, where collaborative leadership would better serve a group you are in or a project you are working on?

Additional ways to give

CHOOSE WOW! as your CHARITY at
Amazon Smile
Giving Assistant