Elizabeth is described as “… righteous before God, walking in all the commandments and ordinances of the Lord blameless.” Luke 1: 6. Elizabeth was an emphatic believer and obeyer. Bible scholar and preacher, Harry Ironside once said, “That is not to say that she was sinless, (no one is) but blameless refers to motives. Her motives were right. She was seeking to obey God, to walk with God and that had, in a sense, His approval.”

Her faith in the goodness of God proved to be authentic in the way she was an empathetic companion to Mary, her cousin and the mother of Jesus, and not embarrassed of her own pregnancy or her young cousin’s unwed, unexpected and hard to explain condition.

In the book of Luke, we are reminded that there was a long interval of silence from heaven, 400 years between the writings in the Hebrew Bible and when this heavenly silence was broken. Finally, after this long wait, the hoped-for savior was due to arrive with the announcement from a divine messenger.

The first angelic announcement came to Elizabeth’s husband, Zechariah, while he was on the job as high priest of Israel with some fantastic news which includes Elizabeth – a woman! Elizabeth’s involvement was crucial to these upcoming events. It’s intimate and personal. Elizabeth will have a baby – make no mistake! Her pregnancy (a very female event) is the topic of this angelic announcement. Gabriel shares intimate and private details of this blessed birth. Zechariah had a hard time accepting it. Biologically, they were embarrassingly too old for pregnancy and parenting. He had serious doubts, even though an angel was announcing the news.

Elizabeth is characterized as a godly woman, charitable, kind, and good. She knew the laws of the Lord and followed them. Though her situation was that she was childless, ‘barren’. The implications for a barren woman in the first century were devastating and shameful. The shame came because a woman’s agency and social status came exclusively through her ability to have children. Producing a family was considered to be a reward or confirmation for right living. So this childless situation presented a huge contradiction when it came to the reputation of Elizabeth and Zechariah. They had lived righteously; except they had no children to affirm their lives. This paradox left their community always wondering about their authenticity of righteousness and diminished their value to their community. Were they really righteous? God hadn’t blessed them with the benefit of family, so were they actually living right?

In spite of this childlessness, Elizabeth was well known for being good. It is tragically ironic that she would be referred to as barren or unproductive. It was an awful judgement and negative evaluation of her. It could have caused a devastating impact on her life and activities. Gratefully, she emphatically trusted in God’s goodness and lived accordingly. Elizabeth’s life held infinite value to God who would soon be sending His only Son to be born, die and live again to redeem her and us! God is the ultimate evaluator and we are priceless to God.

Elizabeth humbly went about her daily life, walking with God and she kept herself to herself, hidden. She credited God for removing her shame. Elizabeth said, “Thus the Lord has done for me in the days when He looked on me to take away my reproach among people.” Luke 1: 25. This miracle pregnancy would become an encouragement and affirmation for Mary about God’s plans for her out-of-wedlock but divinte pregnancy. Both of these pregnancies were miracles in their own right! Gabriel announced “Know this too, your relative, [cousin] Elizabeth has, in her old age, herself conceived a son, and she whom people called barren is now in her sixth month, FOR NOTHING IS IMPOSSIBLE TO GOD.” Though Mary accepted this news, she must have felt encouraged that her own cousin, Elizabeth, experienced a similar miracle and could empathize with her.

Cousin Elizabeth was the ultimate ‘listening girlfriend.’ Their pregnancies had implications to their family’s honor and social reputation. Both could have been considered an embarrassment. But who else would have been as empathetic to a vulnerable, unmarried pregnant girl? Cousin Elizabeth, our senior saint had a similar godly and good reputation as Mary. Welcoming this questionable family relative, could have been scandalous, even dangerous. The punishment for the crime of becoming an unwed mother was death, and Mary was in danger. But Elizabeth emphatically believed in God’s goodness. She trusted the validity of the announcement and she welcomed her teenage cousin with empathy and great JOY!

Just think of it – two women who were sharing the same experience at the same time. They needed each other to discuss their emotions and physical concerns, even their spiritual condition. What a relief, everything the angel Gabriel had said was true – the very One that the Jewish people were waiting for was on his way with special circumstances and miracles included. Here’s Elizabeth, who’s empathic faith caused her to be completely empathetic beyond being embarrassed. In her own awkward condition, Elizabeth remained completely understanding of Mary’s situation, walking alongside with her.

Elizabeth believed and lived out her faith. God eventually rewarded her and took away her embarrassment. God chose her for an incredibly special purpose. She was Mary’s empathetic confidant and sister/friend beyond being embarrassed of her own condition and Mary’s teenage pregnancy. Liz herself was a senior saint with a baby, empathetic to her young cousin who was an unwed pregnant teenager. Let’s imagine ourselves in their sandals and ask God for the strength to emphatically live out what we believe. Thanks to Elizabeth we have another role model to inspire and lead us right to our Lord. How would you feel if you were in their sandals? 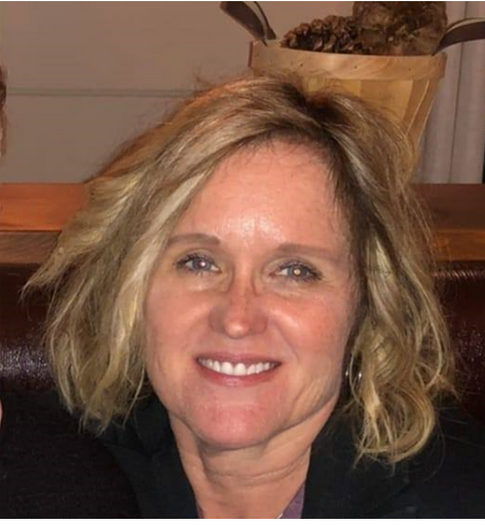 Amy Plympton Fortunato is a wife, mother, ‘go-go’ (aka grandmom!), English Ministries Pastor and community activist who lives in Smithtown. She grew up on Long Island with parents who loved the Lord and one of five siblings in Freeport, a unique and racially diverse town. Amy ministered at the Three Village Church as co-director of Children’s Ministry while attending seminary at New York Theological Seminary and graduated in 2009 with a M.Div. degree. She worked for Citibank after graduating with a Marketing degree which turned out to be the place where she met her future husband, Joe. They are very close to their 3 adult children (Victoria, Joseph & Alison) and love being with their grandkids (Keria, Lydia and Noah). She is currently the EM Pastor at NY Philadelphia Presbyterian Church in Port Washington for the past ten years. Amy completed a term on the board of WOW! and even ran for Town Council twice! She’s a Democratic committeewoman in Smithtown and active in ‘We are Smithtown’ civic association. God has blessed her and situated her in varied and interesting life circumstances – always a fascinating and challenging journey.